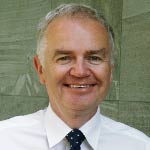 Before Andrew started the business in 1988, he was Managing Director at the UK subsidiary of a Canadian mortgage lender, a Management Consultant with Coopers & Lybrand (now PricewaterhouseCoopers) and a Management Accountant at Ford.

As well as receiving awards from prestigious publications such as Business Week and The Independent, Andrew has also been in Management Today’s list of Britain's Top 100 entrepreneurs on four occasions. He was also the Ernst & Young Overall Central Region Entrepreneur of the Year in 2003.

Andrew is a Fellow of the Association of Chartered Certified Accountants (FCCA) and an Associate of the Chartered Institute of Management Accountants (ACMA). He also holds an MBA from City Business School. 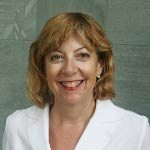 Before joining the Group, Sharon worked for Barclays, as Finance Director for Canada Permanent and as an Investment Director at Deutsche Bank.

Sharon is a Fellow of the Chartered Institute of Management Accountants (FCMA).